Welcome to the halls of Rochester Academy, the home of the Mafia elite.

There are two rules at Rochester that cannot be broken without grave penalty.

Rule One: No one is permanently maimed or killed.

Rule Two: Princesses are off limits to dick.

Pre-order Alessandro at Amazon. Will be available in Kindle Unlimited 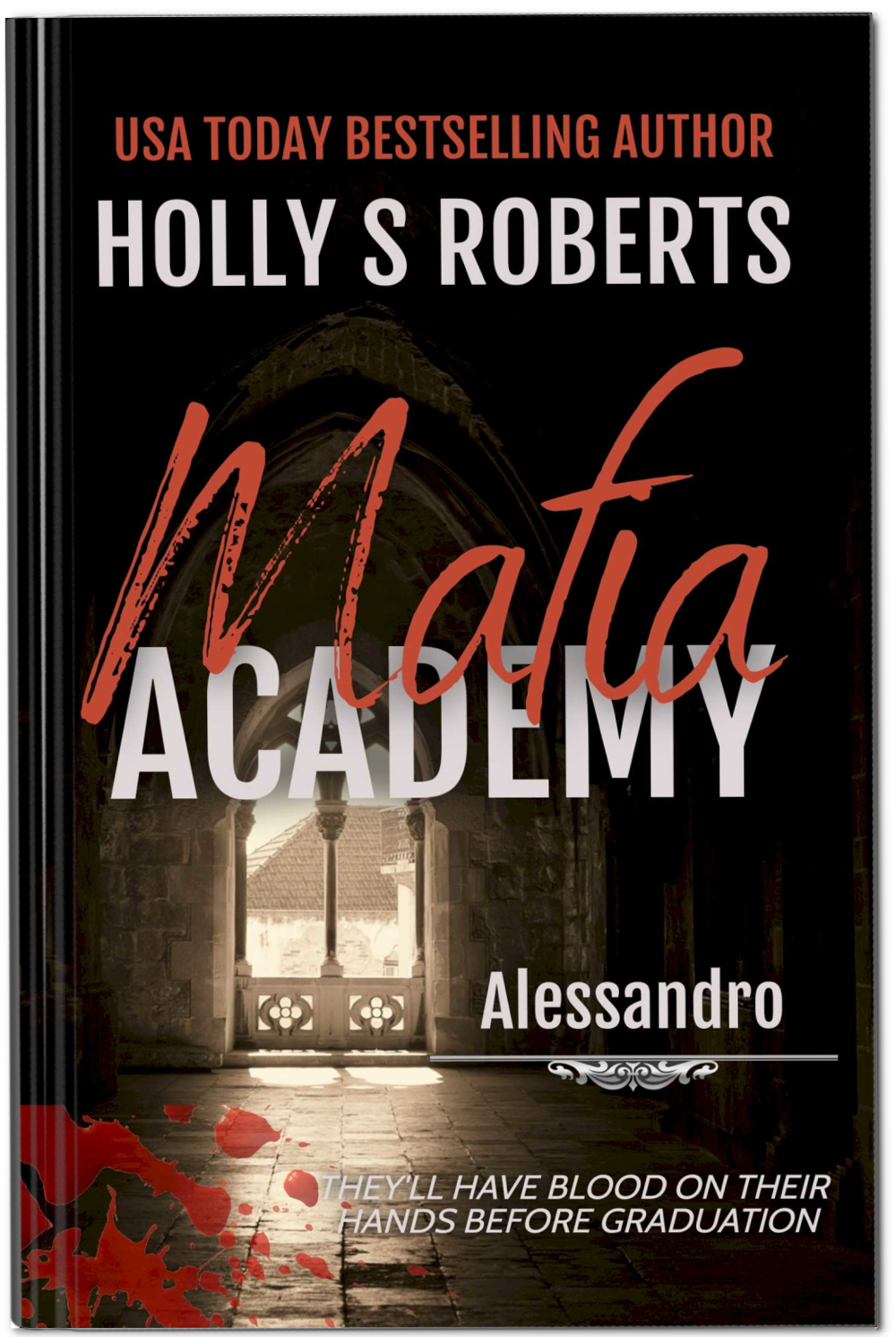 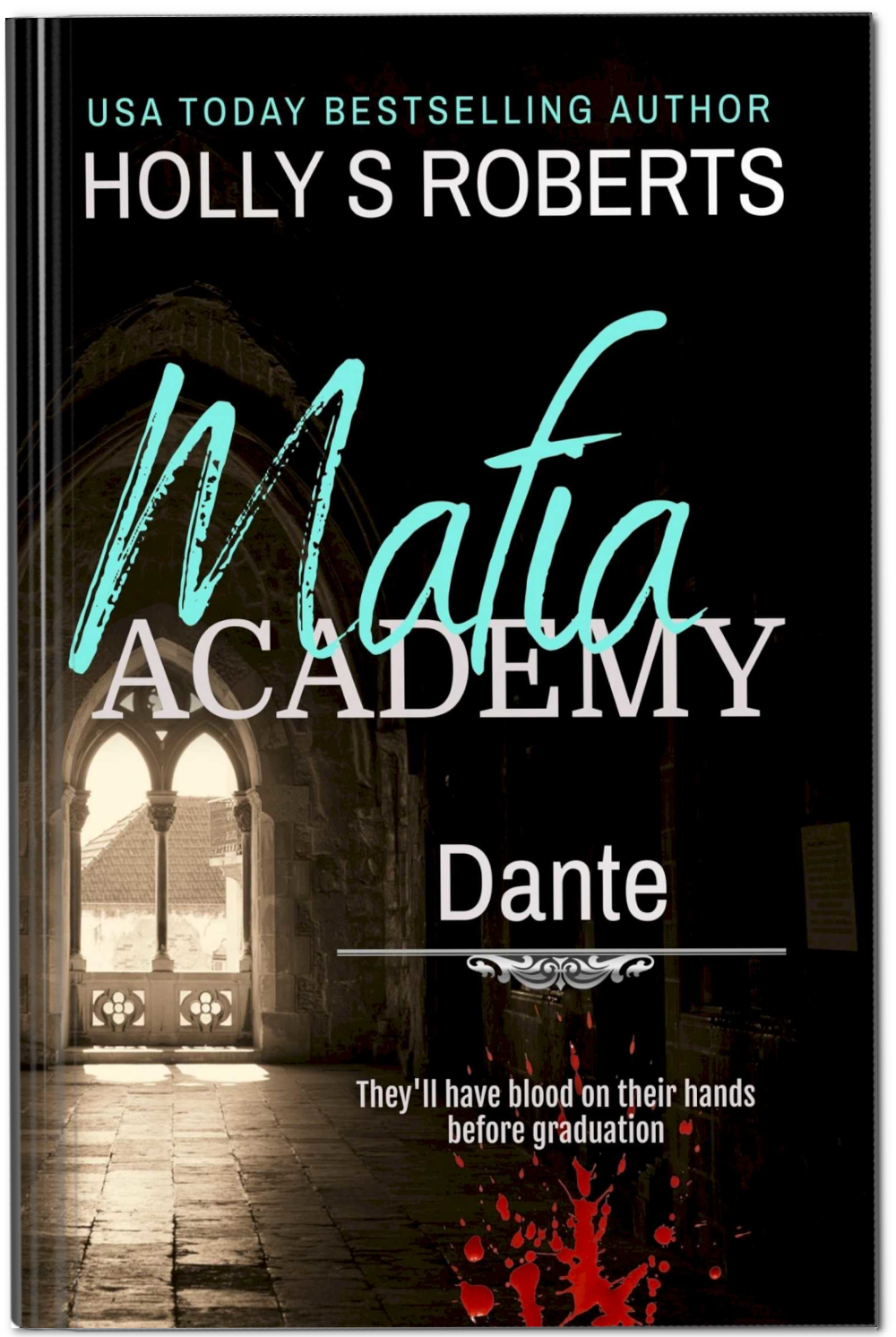 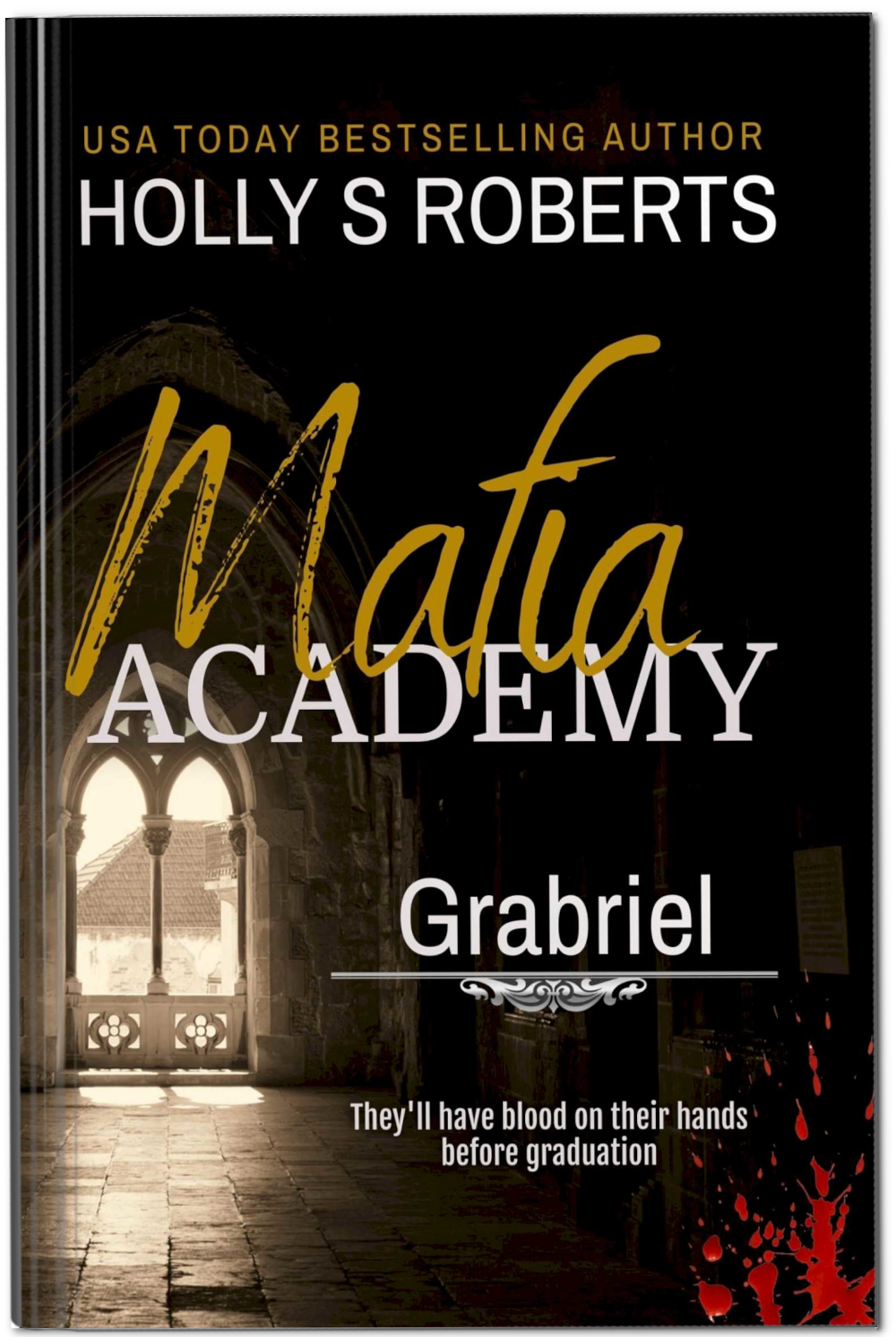 Alessandro Chapter One: Alessandro Brambilla, the future don of the Brambilla family, was my birthright. My friends, for want of a better word, called me San. Alessandro, never shortened, was what my father called me. He sent me to a private high school academy called Rochester. He said I would be safe within the hallowed walls of the most sacred institution that served the families. The truth was, I was the dangerous one and no one was safe from me. My father relished the monster he created and also explained Rochester as a place that would give me a bit of fucking refinement.

Rochester was the private school for the mafia’s progeny. There’s an entire story about how the academy began. Short version starts with two warring families. The war soon extended to every blooded line in America and Europe. No one was safe. Women and children died and Family succession was up in the air. To stop the bloodshed and annihilation of the youngest generations, Rochester Academy opened its doors. Mine was the fifth generation to reach senior year.

The Families took an oath that Rochester was safe ground for those who studied and trained to work or rule the family business. For each Family, the ruler was chosen by birthright. I’m the oldest Brambilla heir and hold the future in my hands or for a better explanation, my dick. My job is to also make an heir, preferably a male born first.

I couldn’t change destiny and I’d be fucking damned if I wanted to. Let me make it very clear, I don’t. What I’ve done is break Rochester golden rules and enjoyed it. There are tons of rules here but only two could get you kicked out of the academy.

One: No one dies and no one is permanently maimed at Rochester.

Two: Princesses are off limit to dick.

The first rule I’d ground around the edges and came out with a worse rep which hurt nothing. I’d faced serious consequences for the last beatdown and was almost slapped with a year suspension. I’ll admit it put a kink in my plans. After I knew I could stay at Rochester, they’d flown me home for a weekend to suffer my father’s never-ending lectures about shaming the family name. I would avoid that happening again for as long as possible. The senior who wanted my spot was fucking up my chance to graduate. A Laterza was coming in as a freshman and I was told to keep my eye on him too. If I managed to hold leadership this year, the next year would be interesting and I could care less if Laterza comes out on top. Right now, it’s a 50/50 split whether I would get a diploma. Shit was getting worse and I had to shut it down. It wouldn’t be pretty.

Transferring to another school was not happening. Our specialized curriculum made it impossible. I had to graduate on time to appease my old man. If a student at Rochester found out, it would be the kiss of death. Never show your weaknesses and my father was one of mine.

My favorite rule to break had everything to do with the princesses.

The goombah squad, as I like to call the main families behind Rochester, kept our dicks in mind when they made the rules. How fucking considerate.

Family was protected by family. Blood was everything and established the traditional connection. My father’s underboss, Jolly Ricci was a great example. His family had served under mine for generations. His son and daughter attended Rochester with me. The daughter, Gloria, without the princess status was for my dick. Marino, his son, watched my back. Marino was also my best friend and would take over for his father one day and give his loyalty to me.

His sister was another story. Gloria was a lesbian and we kept that on the downlow. Homosexuality was simply not done within the family. If the cards were different, I’d have eagerly tapped her ass. I’d played with her and her brother since we were in diapers. Gloria had been a sexual wildcat since puberty or maybe before. I’d dreamed about sinking my dick into her tight pussy. My crush was embarrassing when I discovered her secret but she wouldn’t have it.

“If you’ll stop acting so weird, I’ll give you a mercy fuck to get me out of your head,” she said years ago. “A blow job might do it,” I answered.

She gave me the fucking blowy and I stopped acting weird. That’s the fucked-up mafia life for you.

Freshman through junior year I slid between quite a few sheets and many were the forbidden princesses. Forcing a girl wasn’t my style. Making them beg for it was. For most, giving up their V cards was a necessity. Once they graduated they would basically be locked down until marriage.

This was senior year and I had a very special princess on my radar. I hated her with a fury that had no equal. This was her year to step up to the damn plate. It didn’t matter that her eyes held revulsion and her sneer showed contempt.

I owed her family a blood debt and she would be the first to pay. Someday, my father would be gone and I would be in charge. It was part of my plan. Giavanna Rossi would look back on my dick with a dirty smile and a quiver of fear because she would know I was coming for her father.

Pre-order Alessandro at Amazon. Will be available in Kindle Unlimited